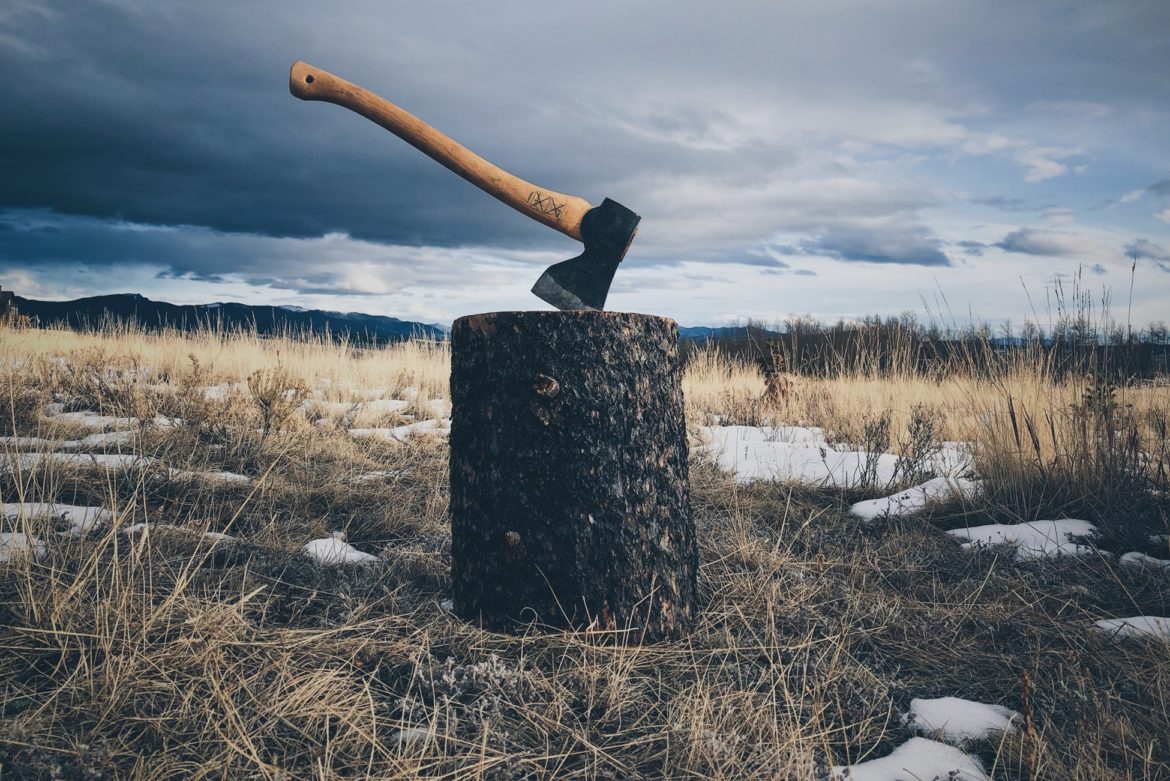 The holidays are hard on most people, kids excluded. All the gift buying, errand running, meal cooking and extra office hours can pile up, causing a lot of undue stress. You want to treat the New Year as a fresh start, to relax and have fun, but that can be hard to do when you are carrying all this leftover stress from the frenetic holiday season.

Luckily, there is an activity that lets you relieve some stress while having an awesome time – it’s called axe throwing. You might have heard of it, and some of you might have even tried it; essentially, it’s a new recreational game popping up all over the place, and it is exactly how it sounds.

Armed with an axe, and facing a wooden target, you face off against your friends in a tournament of axe throwing skills. It’s bold, badass, and it’s the perfect New Year stress reliever. Let’s take a closer look.

What Is Axe Throwing?

Started as a camping pastime back in 2006 by a guy named Matt Wilson, the game has grown to become an international pastime. Wilson is credited with getting the ball rolling, opening BATL (the Backyard Axe Throwing League) first in Canada, and then across North America. The game caught on quickly. How could it not? “You get to throw axes” is a pretty compelling hook for a game.

The gameplay usually consists of a round robin tournament, where throwers take turns trying to hit the bullseye. It can be as informal as a low-stakes game between buds, or as serious as an international tournament. In either case, it is a satisfying, stress relieving and ridiculously fun way to spend an afternoon or evening.

How Do You Get Started?

You can jump right to joining a league if you want. The aforementioned BATL offers eight-week leagues that culminate in a championship tournament. Leagues can be especially fun in the winter, because they are one of the few, regular rec sports out there, and the community surrounding axe throwing is a famously inviting and accommodating one.

For an easier introduction to the game, you can book an axe throwing party with friends. This starts with an instruction from one of the axe throwing experts (no prior experience is required) after which you get a chance to improve your axe throwing skills with some practice throwing. Then you and your friends face off in a tournament.

You can picture the process of throwing an axe sort of like doing a soccer throw-in, in that you bring the axe over your head, and release it toward your target. To get a head start thinking about technique, here are a few pointers (just don’t try it with a real axe at home):

Those are the crude steps, but you will find that as you practice and learn more about the finer details of the sport, there are a number of different small considerations. In this way, it’s a lot like finessing a golf swing.

What Are the Benefits of Axe Throwing?

Above, this article touched on the fact that axe throwing is a great stress reliever, and it’s true. There is something primal and satisfying about throwing an ancient weapon and hearing it splinter into a plank of wood. It’s a way to get out some pent up stress and frustration, and in that way the sport can be quite therapeutic.

Aside from that, axe throwing is a good workout too. As with any repetitive motion involving a weighted object, it works out a number of muscle sets, and hones your balance and coordination as well. But, most importantly, axe throwing is fun – a winter pastime that lets you learn a new skill and share a few laughs.

If you are exhausted or stressed from the pace of the holiday season, take a step back and pick up an axe. Not only is axe throwing a great way to let off some steam, but it’s also a fun way to spend a winter weekend with friends, and it has some health benefits to boot.